Yazidis are in news for a grave situation in northern Iraq. They are being literally exterminated by the Islamic State Jihadis. Only 7,00,000 or so Yazidis remain on the planet today and most of them are in the northern provinces of Iraq near Kurdistan. 1000s have died already this year and their mass killing via siege, starvation and other means is gut wrenching.

The world is watching without doing much to save this extremely rare race. #SaveYazidis cry on the social media is not having much effect as 10s of 1000s of them are on the verge of extinction or capture into slavery by the extreme radicals of ISIS. The situation of women and children starving to death has created an uproar across the world, but not much help is coming forward. 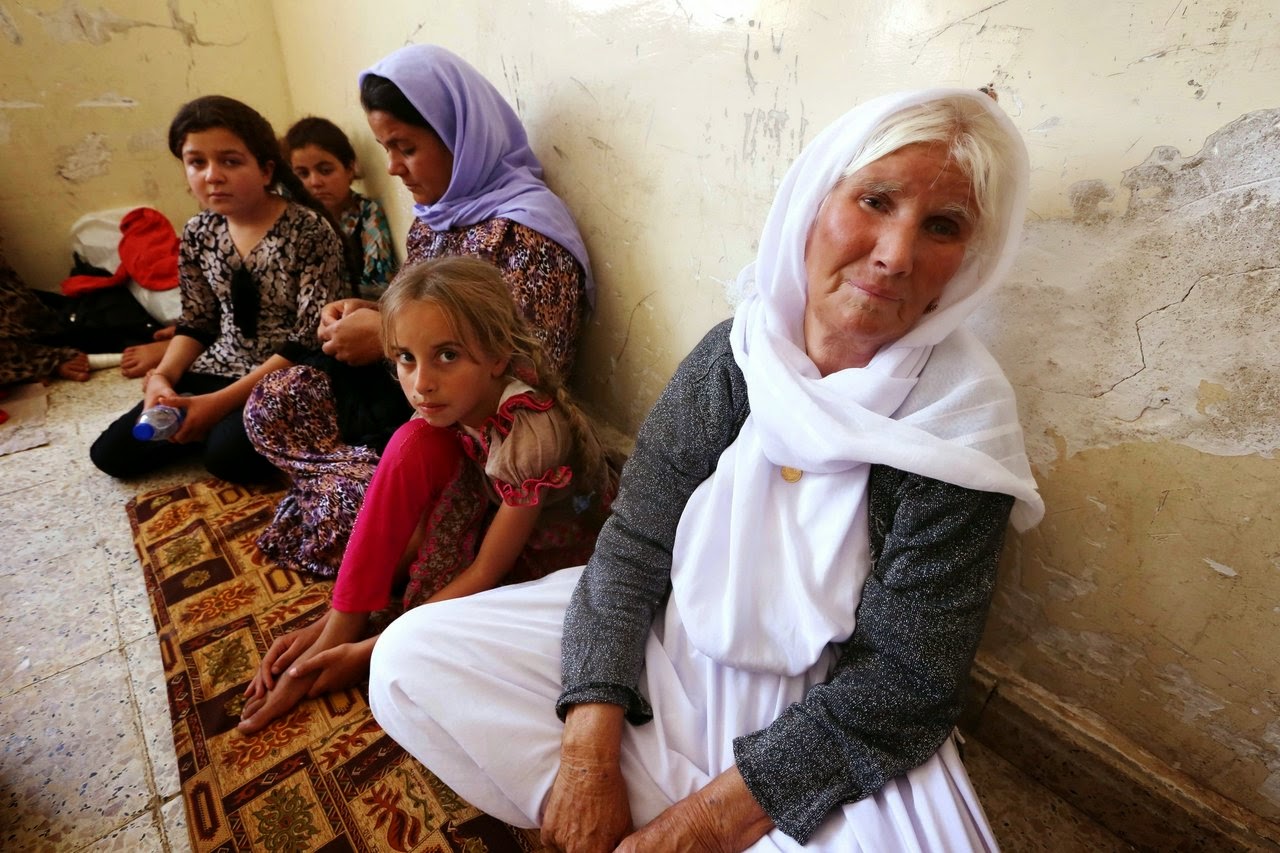 While researching into who these Yazidi people are, I stumbled upon some unmistakable similarity with Hindus of India. Two hours back, I didn't know much, but after putting these side by side, I am almost getting convinced that these Yazidis are a lost tribe linked to ancient Hindus of India. The overlapping features are clearly not some coincidences that you will find among pre-Abrahamic religions of the world. 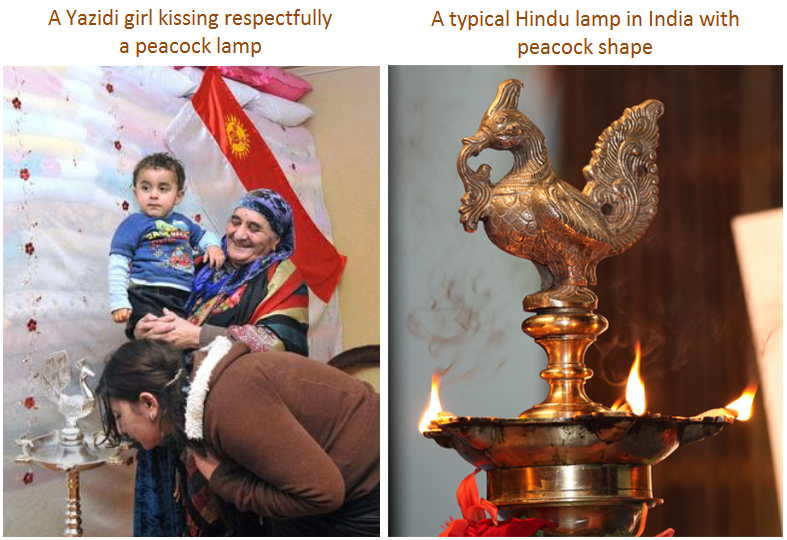 Yazidis symbol is a wing spread peacock, just like Hindu god Shiva's son, Subrahmanya's mount. The most important point to note is that peacock, the national bird of India, is a native of south and south east Asia or Africa. Not found in the area of Iraq or Syria at all. 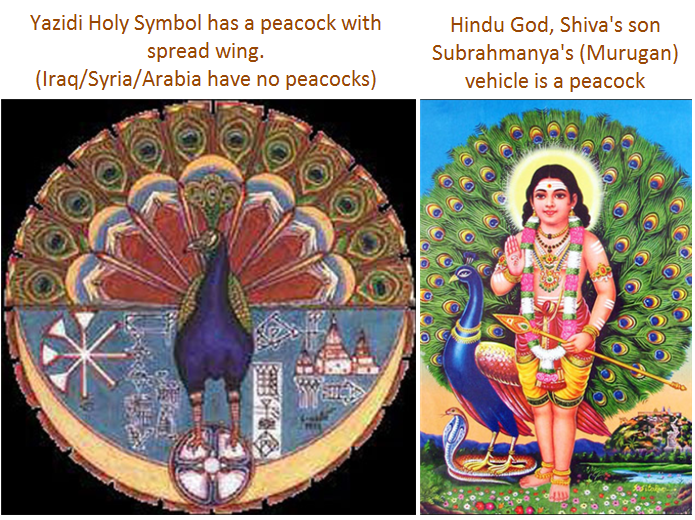 Yazidi mural on wall of their holy Lalish temple is unmistakably Hindu. You can see saree, which is an unofficial national dress of India. 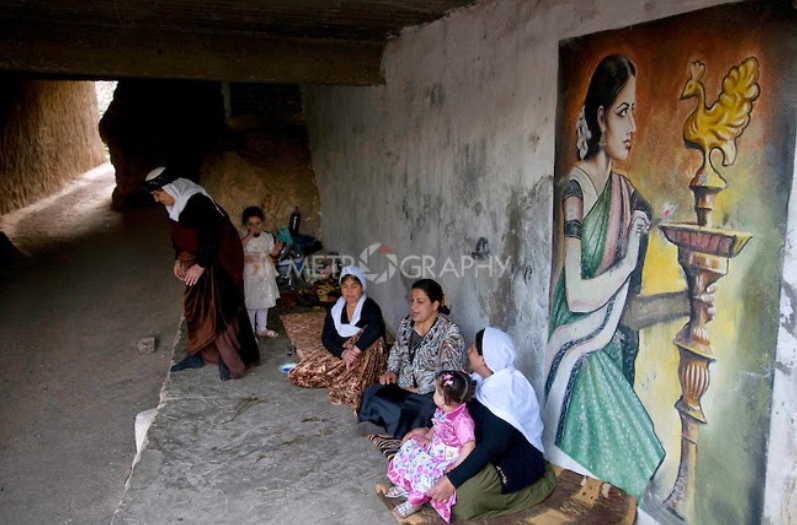 Yazidi temple at Lalish has snake symbol at the entrance. You won't find this among other tribes of Arabia or Mesopotamia. For Hindus, Subrahmanya is the other avatara of snakes and worshiped very closely for all snake related pujas like Naga Panchami. 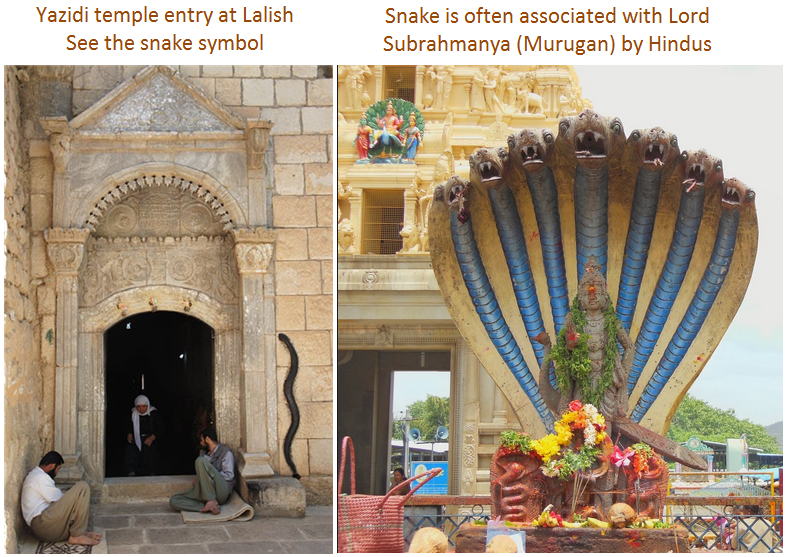 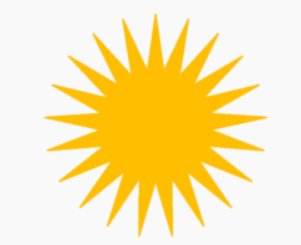 Yazidi marry within their castes like Murids, Sheikhs and Pirs.
Hindus marry within castes.  Yazidis could have something like Gotra system (researching).


Any Hindu with even basic understanding of aarti plate, will see Yazidis as their own. 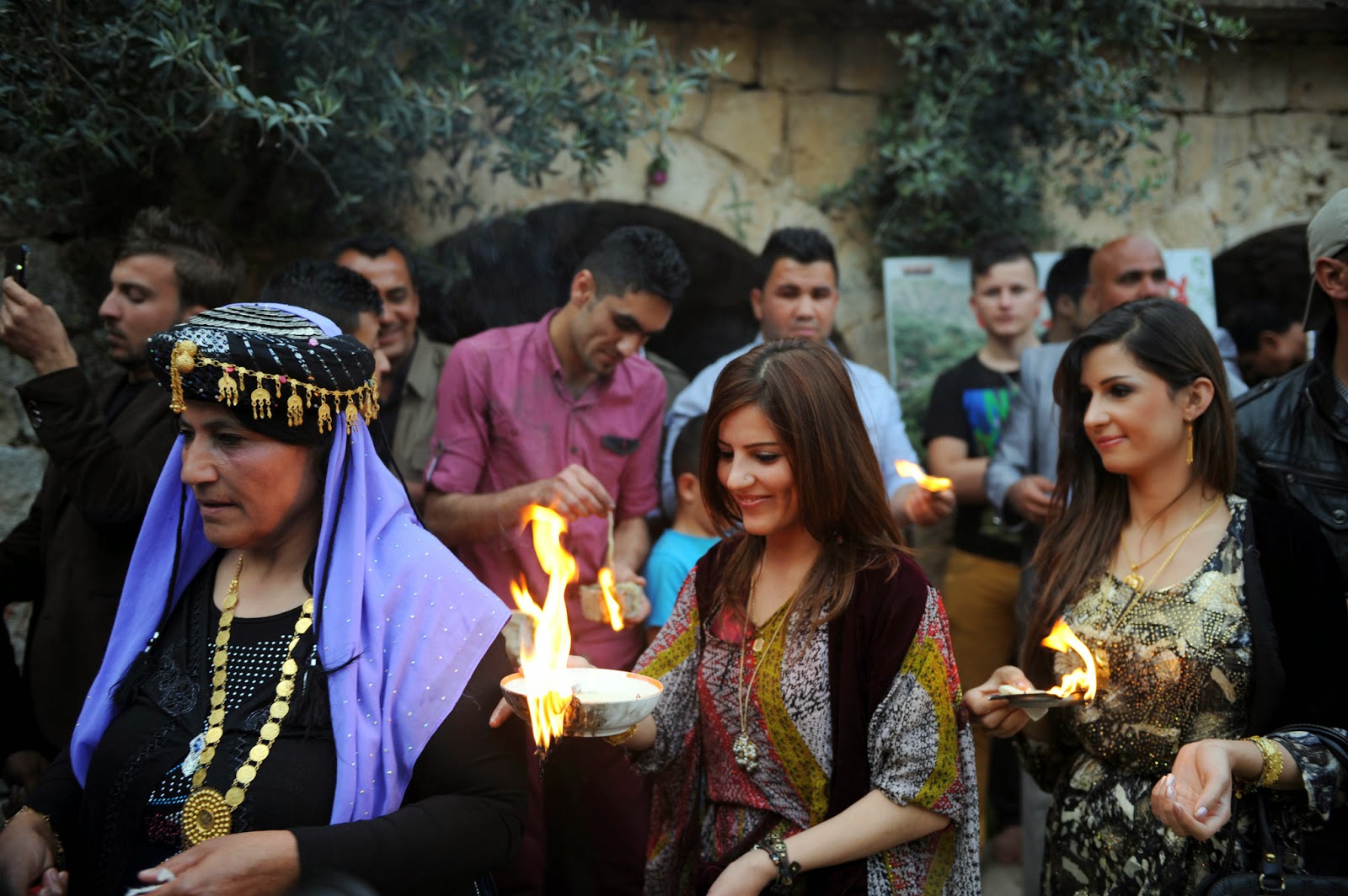 Yazidis pray with folded hands. Hindus pray very similarly to their Gods and Goddesses.
Yazidis pray at sun rise and sun set, just like Hindus. Both face the rising or setting sun when praying to sun. 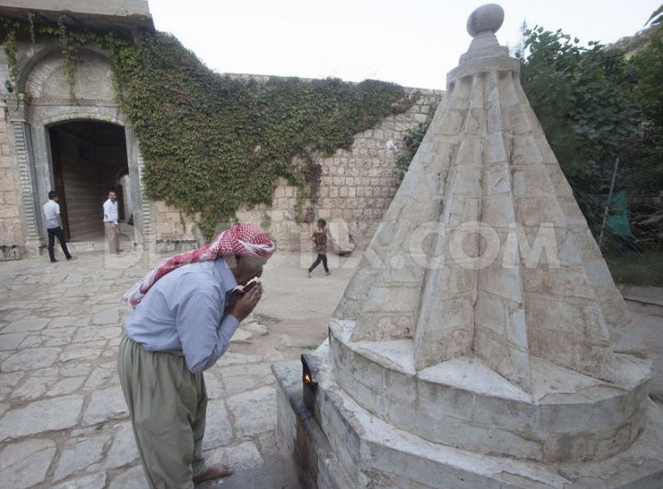 Yazidis have a symbol similar to Bindi or Tilak during temple prayer, very similar to Hindu forehead custom.

For big celebrations, lighting lamp by females common to both Yazidis and Hindus.

Yazidis men worship Melek Taus by lighting fire in temples.
Hindus' do similar fire based worship to their Gods, with high regard for agni the fire.

As I read and browse, there are more similarities popping up. The trident (Shiva's trishula), the vessels used during worship (kalasha), the sound (something like dhol and shankha), sun worship methods and much more..

I am convinced that they ARE deeply connected to ancient Hindu civilization. Whether through Zoroastrian connection in Persia (today's Iran) or directly via migration, has to be researched. If you find credible sources, please share them in the comments.

And most importantly, please put pressure on the Indian, Iraqi, US, EU and other governments to save them. They have just a few days between life and death, at the current barbarism level of ISIS. Let this very rare and ancient tribe of our earth survive.