IPL SpotFixing: If You Can't Beat Them, Join Them

IPL 2013 has been a disaster in terms of credibility. Sreesanth and gang got caught. Now the damage is much deeper for this tournament. Bollywood Guys and Bookies are behind the bar. Even the biggest sharks at BCCI top post level are being suspected and being probed.

Like some great thinker said, Pakistani Terrorism and Indian Corruption can't be cured. So if you can't beat them, join them.

Let's propose some significant changes to the way IPL 2014 will be played, wherein we can legitimate some of these "wrong doings" and "cheating", to have even advantage to all the teams. Also, this will ensure that the spectators don't get any surprise. 100% transparency in spot fixing is my noble aim!

No more surprises. Each IPL team will have the option of picking upto 5 bookies per season. Only two can be based of Pakistan or Dubai. If the location can't be traced, former banned cricketers like Prabhakar, Jadeja, Azaruddin can be consulted for expert opinion on the exact location of the bookies. 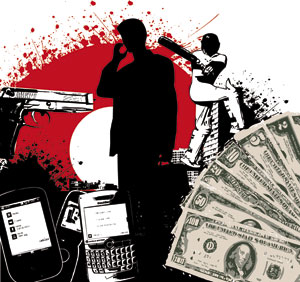 Each bookie will be allowed to handle a maximum of Rs.500 crore betting per game and up to 100 phone numbers. Those numbers must be notified to the crime branch and team owner before the start of each game. And, no team can have more than 2 bookies from the same Bhai's gang. And those with murder charge sheet against them or the history of defaulting on betting payments, will need special permission from the BCCI Chairman to apply for bookie auction, after surrendering all their illegal weapons to the  nearest encounter specialist.

What happens in the after match parties is anyone's guess now. So IPL 2014 will have regulated list and quantity mentioned per player. Cocaine, Ganja, injectables will be circulated at the time of the auction of players.

It will be the team's responsibility to sensibly distribute the drugs themselves, thereby disallowing spurious elements contact their players in need, at odd times and odd places. And spot fixing handler girls and bookies must not be allowed to meet the players, after they start drug usage for that night.

You must have seen in 2013. Sreesanth used a towel. Ankit Chauhan used a different method and so on. No more confusion. Each team will get a sponsored method (with logo or other display options of the sponsor) of spotfixing signal. It will be either a towel, or a big locket, or a wrist wearing device and so on. The umpire will ask the bowler before each over if he needs to make an announcement to the bookie and the world about a fixed over. Why just bowlers, let's also include some spotfixing options for the poor batsmen. This way we will have a fair level playing field across teams. 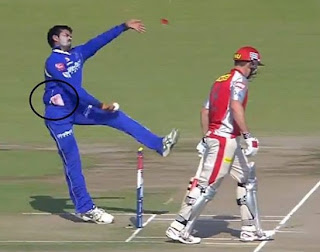 Note, only 3 overs max per game to be fixed. If the team pays a designated amount, then the signal will be kept a secret only between the players, umpire and the bookies via special signalling methods. This amount will come from the player auction fund's left over.

Since spotfixing can make or break a team into 100s of crores each season, two challenges per game are allowed for the captains. For example, if the bowling side is opting to spotfix the 12th over, after the signal is made, the opposing team's captain can challenge and disallow the fixing for that particular over. 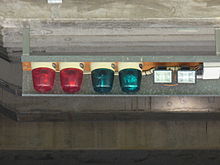 This is to give the opposing team a chance to pick the right situation and batsman to handle the fixed over, to enable their bookies make the best out of the precious opportunity. No partial over fixing allowed though.

Another important change for 2014 IPL would be that every team will get only 3 lady escorts per game. When the escorts heard that Sreesanth's iPhone had nearly 1500 numbers out of which 400 were air hostesses, there was panic in their industry. They want to give opportunity to more escorts,  socialites, handlers, dancers and other lady professions across the metro cities. 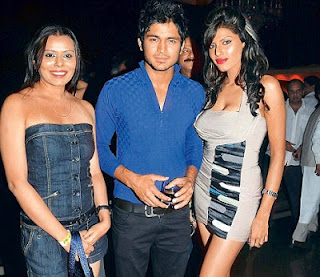 So each team has to pick 3 names, with one compulsorily from their home town. These ladies will be given special badges so that they can gain entry into after match parties, special spot fixing rooms and may even be player's rooms, upon special permission from the team management. Any girl found without following the protocol will be ejected from the IPL circuit for 3 full years.All their phone calls will be strictly monitored and recorded.

Change Number 6: You can only fix a player twice in a particular IPL.

With IPL fixing amount becoming so attractive, there has been a special request by the Dubai and Karachi based bookies that they want more options. There is also a tremendous fight among those players who have no international chance anytime in the near future. So accommodate all situations, the proposal is to have a max limit per player from spot fixing perspective. 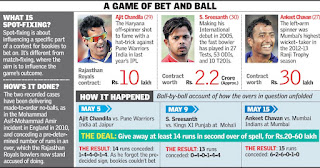 A given player can opt to get fixed only for 2 matches in a season. This will be decided by a lottery as there are not enough matches to allow everyone to be fixed. Those selected for Indian national team in any format, will be given a lower preference in this list. In the unlikely event that a player declines to get fixed for a match, he can designate via his bookie, the next option. He will get 20% of the fixed amount, for this trading of spot.

These are the major changes. There will also be minor changes like no game to be fixed entirely, all payments in designated 3 currencies only, debarring a player who has fixed but didn't show signal cases, disallowing any fix-specialist player to enter politics for a 3 years period from the year of fixing, among other things. If you have noticed, there is no proposal here on how to make betting easier in various cities of India for a spectator. That is a tricky topic and it will be covered once the fixing rules are accepted by BCCI.

Watch this space for more details when 2014 IPL is closer. For now, let's switch on the TV to see if Srini Mama will lose his job tonight due to yet another Son-In-Law wheeling and dealing problem in India.