Here is an imaginary plot of a new show conducted by a young budding female TV personality, the lines of Koffee with Karan or On Couch with Koel. All standard disclaimers applicable to fiction apply here.

Pretext: A huge controversy kicked off this week when a Rajasthan minister revealed Pratibha Patil became President because she cooked and washed for Indira Gandhi when the Prime Minister was thrown out of power in 1977. For our budding TV celebrity FA1, this is a golden opportunity. Shows thrive on controversy, so FA1 has contacted Pratibha Patil to appear on the show, with a guarantee that shooting happens right at Presidential place.. Guess what? A never before opportunity.. Pratibha does want to appear on this show!! Yipppeee shouts FA1. 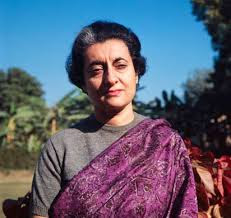 Cutting all intermediate details, let's jump onto the show. Please note, this script writer is a bit unmindful of political 'correctness' so FA1 will edit the final script to include all sensibilities. Pee Pee Pee (oh.. PPP = President Pratibha Patil) walks in with extra security and sits across from a smiling but nervous FA1 at one of the big tax-payer paid hall of Rashtrapati bhavan. Set is fully set for the show to start.

....few courtesy questions to kill the first 5 minutes. Both have settled and now it's time to kick in some controversy. FA1 doesn't realize that Pratibha is not averse to kicking some dust herself to make a few headlines after getting bored of being a secluded rubber stamp.

FA1: Madam.. don't know how to ask.. but you must have heard about that big controversy in Rajasthan involving your culinary skills from late 70s.
PPP: Of course dear.. You are young enough to be my grand daughter. Go ahead ask me what you want to ask. This is not an official press conference

FA1: {jolted.. am I hearing this right?} All I can say madam.. You have given hope to all the cooks and dish washers in India.. I am not saying it myself, but many are now talking - if Mrs.Patil could be a President taking that kitchen & sink route, why not us? {nervous grin}
PPP: {Unaffected.. smiles loudly}.. Haha.. See dignity of labour & perseverance pays off

FA1: Hehehe.. I also heard on my way that Mrs.Sonia Gandhi's chef is dancing in the kitchen ever since he has heard that you cooked for Indira Gandhi {carefully watches}
PPP: You are very funny young lady. {blushes}

FA1: Madamji.. Out of all the public functions you attend, is there something you look forward year after year?
PPP: Great question young girl. I was expecting this. I would love to sit in as a chief guest in "Indira Gandhi Sarvashreshth Bawarchi Prashasti Pradhan Samarambh"

FA1: {Controlling the laugh}.. OK.. Here's a serious one. When Mrs.Sonia Gandhi picked you over Abdul Kalam, what was the most striking thing about you that she loved.
PPP: You see.. Only a former waitress will know what a former chef & diswasher would have gone through during tougher times. It's tough to explain.. you know.

FA1: {Shocked.. but controlling} OK. Tell me something about Rahul Gandhi. Does he still come down affectionately to your kitchen just like how he did in late 70s?
PPP: Why not? He is my ladla.. you should hear him sing in his sweet voice, with dimples on cheeks: "Jab main chhota baccha tha.. daadi ka ghar jaata tha.. tab bhi tasty khana deti.. humra Rashtra patiiii"

FA1: Is it? Sooo nice {fakes a smile}. What are you really proud of Rashtra Pati ji? I mean.. during these embarrassing times.
PPP: See girl.. FA1.. I am not a bit ashamed or embarrassed. Bygone is bygone. During 20th century Presidents of India used to be rubber stamps. I can proudly say, I am a rubber stamp, cook and a dish washer all in one.. You see 3 in one President!

FA1: Great! I applaud your candidness madamji. Now a personal thing. Do you tell any dialogue or song to your grand kids during their sleep time?
PPP: Are ladki.. Why wouldn't I? I am a proud grandma. My favorite movie is Sholay. I usually mimic Asrani and say: "Hum Angrez ke zamane ke Jailor hain"... and follow it up with "Huh....Hum Indira ke zamane ke bawarchi hain".
My grand kids love it!

FA1: Fabulous.. {fakes more smiles}. You have been outstanding during these embarrassing times madamji. For our viewers sake, how do you sum up your life from being a Table Tennis player to Indira's chef to a President of the world's largest democracy?
PPP: Simple: "From ball on table to dish on table to files on table!" {Loud laugh}

FA1: Thanks for taking this so sportively madam. I loved it. Before we end, one final question.. Are you proud of Congress party, even after this public embarrassment?
PPP: Of course dear.. I am a proud Congress woman. Ask anyone in Amravati. In fact, Congress has a great array of cooks. From those like Barkha Dutt or Vir Sanghvi who cook up news to me who cooked all the way to Presidential office!

FA1: Indeed madam.. You have tread a historic path to the first citizen position. It's been my pleasure talking to you and taking a tour of this wonderful tax payer paid palace. Namashkar!
PPP: Jug jug jeevo beti.. Indiraji tumhara raksha karein. Tata.. Bye.

FA1 rushes out the Presidential office/residence with uncontrollable laugh..
Posted by Kiran KS at 5:58 AM 1 comments