This one would be a very quick blog post, with pictures. And less words compared to my earlier blog entries.

During the past two moves through Bengaluru's Kempe Gowda International Airport, I noticed this. A few weeks ago, heard the same in a talk at Munnota bookstore in Bengaluru. So I told myself, why not? Let's really check how different airlines are advertising themselves via their airport counters.

As of 2016, Kempegowda Airport in Bengaluru (BIAL) is the third busiest airport by passenger traffic in India, behind the airports in Delhi and Mumbai. It handled over 2.22 crore passengers in 2016 with little less than 500 aircraft movements per day! The airport also handled about 314,060 tonnes (346,190 short tons) of cargo. So in short, I am talking of a very busy airport in India, which does fantastic commercial business.

So these airlines operating from the third busiest airport of India, based in the capital of Karnataka, must be eager to get your business and mine. So I went to 12 airline counters next to departure and arrival gates. There may be more, but let's use these 12 as comparative examples. 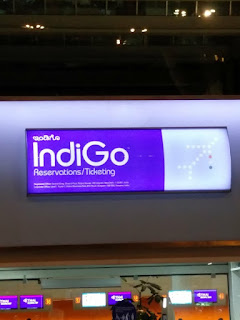 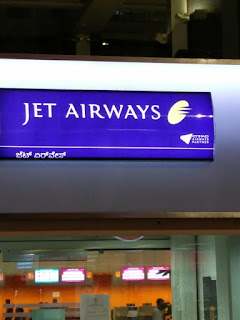 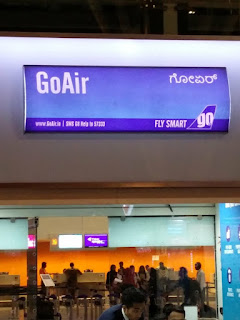 Then walked over to Air Asia. 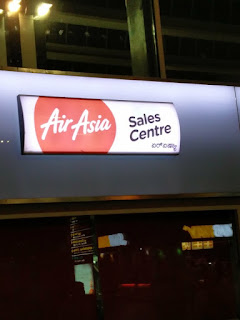 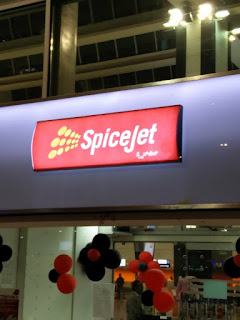 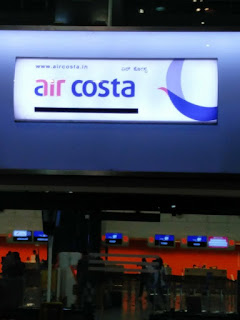 Then the newcomer TruJet. 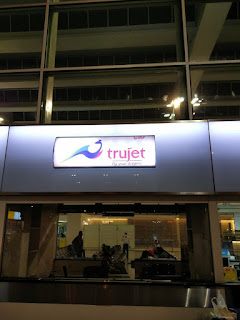 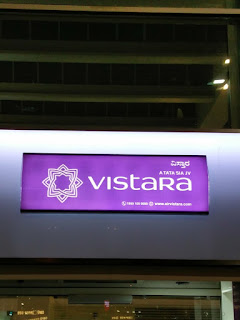 Those are the 8 domestic airline counters that I visited.

Then I went to a few international airline counters, starting with the popular German airline Lufthansa. 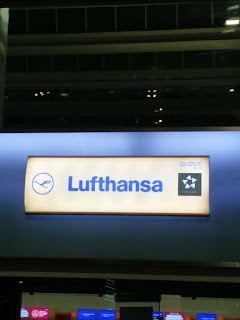 Then Air Arabia.. from West Asia. 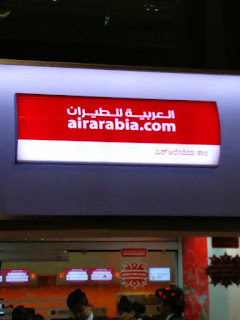 There might be more international counters, but I was tired and wanted to just get home. 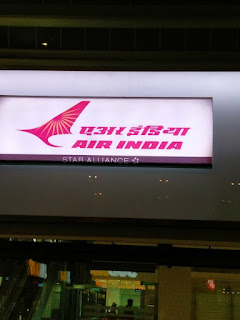 Now... Did you observe carefully the 12 pictures posted above?

1) ALL the 12 display boards at airport counters of these airlines, had English prominently displayed. That's because English is the language of business in Bengaluru for white collar crowd, and no one doubts it.

2) Eleven out of the 12 display boards had a small Kannada writing. Kannada is the state official language where this airport is situated, and all the businesses respect the state language by putting a small mention of their name in Kannada. Those who can't read English, will use this. Though for most part it is ornamental in small font as most get their business done with English writing only.

This is a classic example where business is NOT the primary purpose, but promotion and demotion of languages is... Very disappointed with this irresponsible attitude of Air India and more so because my tax money is paying such people's salary :(