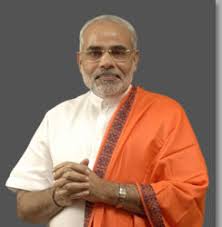 It's September 2011 and Indian national media got their much needed *next BJP bashing* opportunity. On Teachers day, the entire TV media was flushed with Janardhana Reddy's arrest by CBI team that moved in to Karnataka's Ballary, from Andhra Pradesh's Hyderabad.

*Breaking news* everywhere, as expected. I am sure even the most hard-core BJP supporters considered Reddy brothers as liability when the party is trying to fight corruption of various Congress governments, including the big one at Delhi. But since they were one of the virtual bankers of BJP in their only south Indian government, not much was talked about. For those opposed to BJP, Reddy brothers were the favourite target to keep punching all the time.

2011 September's big CBI arrest was of course be Janardhana Reddy.. the key 'Reddy Brother'. Some questions popped up:
Let me give some details, all from public domain of course. Most of us got just the one side of the *evil* Reddy brothers. After reading all links provided in the following points, you will get an understanding, if not already known to you, how the use & dump policy of Congress party works in India, while using all available channels to portray Reddy brothers as a purely BJP side of the equation.

Here we go just focusing on one aspect of Reddy empire in Andhra Pradesh, the Brahmani Steels. There are more things, but I don't want this blog to be a 20 pager. For starters, Gali Janardhana Reddy was arrested by CBI yesterday for mining and business activities pertaining to Andhra Pradesh, not Karnataka. That's enough shock for some who only watch NDTV or read Hindustan Times.. Trust me :)

Have you heard any 'unbiased' & 'objective' media or 'secular' political person till date asking.. if BJP's Reddy brothers were so bad, why did Congress CM YSR lobby for 1,000cr loan with Team Sonia, allocate 10,000 acre land and even divert precious water for them in AP from other projects??

Don't you think they are valid questions, considering the constant bickering between Congress and BJP over Reddy brothers?